This is the grape that makes Maury famous, as it used to be the main component of the fortified style reds that used to be so popular. Nowadays, Grenache is a bit like one of those actors that you can’t put a name to, but keep on seeing in great films playing a huge range of different roles. 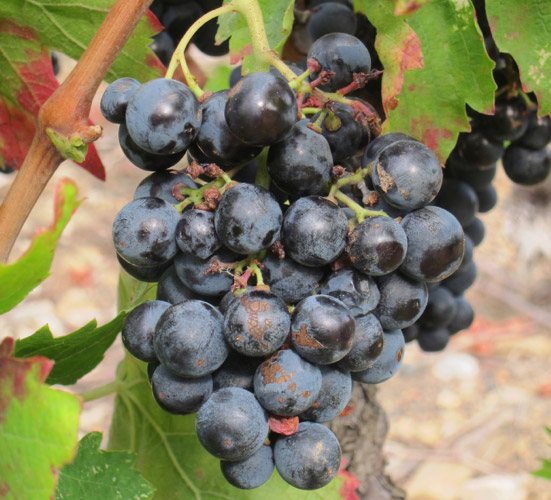 Grenache turns up in the blend of wines that are better known by their regions. It is usually the base of most Chateauneuf-du-Papes, and also does its part as the second grape of Rioja, as well as being widely grown throughout the Languedoc (playing supporting roles in Corbieres, Fitou, Pic St Loup etc). In Australia, they planted it to make ‘port’ and there are many wonderful old Grenache vineyards now used to make dry reds.

In Maury, especially grown on black Schist, Grenache goes all Heathcliff, and shows the depths of its brooding, dark, chocolatey nature.

I suppose, since we are stuck in the world of acting analogies, Carignan is thought of as a bit of a lightweight, but a reliable and popular choice that can turn out competent and entertaining fare that is rarely thought-provoking.
Imagine what happens though, when as Carignan approaches middle age, it suddenly starts to hit its stride, and then well into its sixties, as the volume of work reduces to a trickle, the grape that everyone had written off as mediocre suddenly matures into a performer of rare intensity and distinction. Like Bill Nighy. Anyway, we are not making films here, but wine, and my feelings towards Carignan are not dissimilar to Amanda’s feelings towards Bill Nighy. 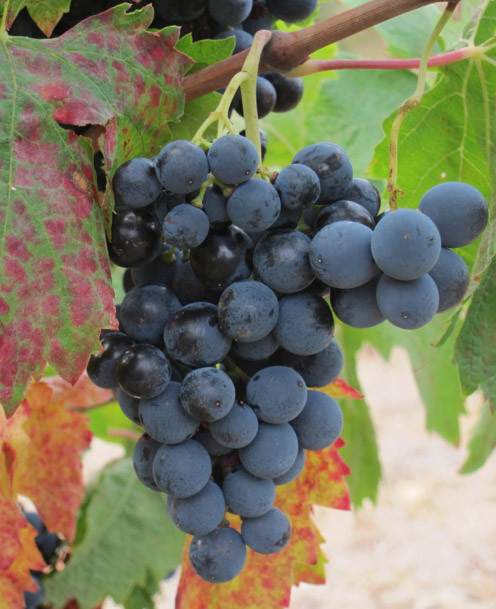 Many grapes have white and pink variants, and Grenache is no exception. Several of our plots have pink-skinned Grenache Gris vines among the black grapes, and we pick them and include them in our red wines. We also have some white grapes, many of which have not yet been identified, although they are most probably a mixture of Grenache Blanc, Carignan Blanc and Maccabeu!

White and pink grapes represent less than 5% of all our vines, and most of these grapes find their way into our top wine, ‘Les Genoux’.