Things to see and do

If lazing around in the sunshine drinking wine is getting too much, there are loads of other things to do. The area near Maury used to straddle the border between France and Spain (or at least the northern kingdom of Aragon), and there are castles aplenty. Further into the Pyrenees, the Romanesque churches are much admired, and for more active holidaymakers, there are endless walks, some steep, some not so steep. Walking up the Pech de Bugarach is especially recommended, unless you have vertigo.

The many steep-sided canyons can be navigated with the help of a local guide and protective wetsuits and bouyancy jackets (a sport known as ‘Canyoning’), and in the summer the roads fill up with MAMILs (Middle-Aged Men In Lycra) on their racing bikes

The seaside is less than an hour’s drive away, and in the winter, you can be on the slopes in 75minutes. 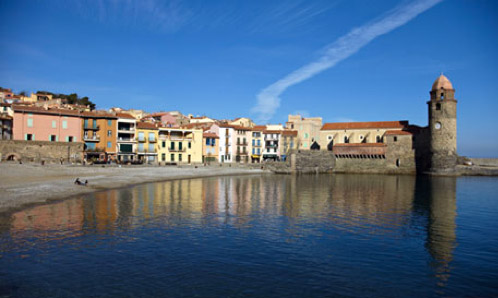 Here are some of our favourite sights:

Worth a drive through the spectacular gorge. Watch out for traffic in the summer! 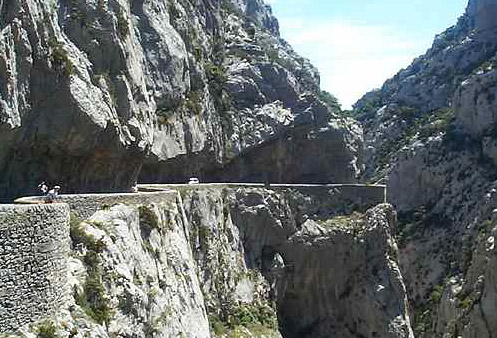 Lunatic architecture, built in exactly the most difficult spot to build a castle – but the views are stunning…. 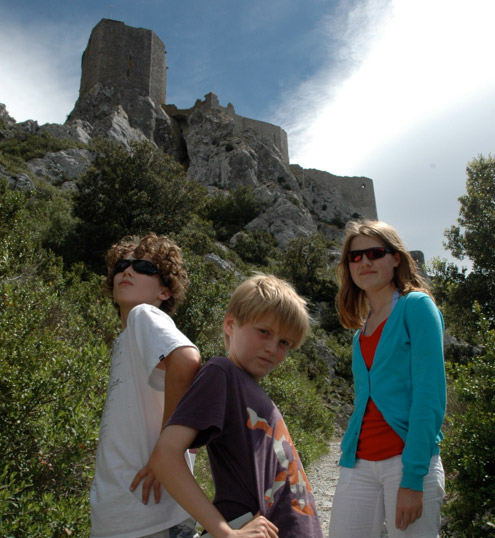 Another mad castle built on a knife-edge of rock. 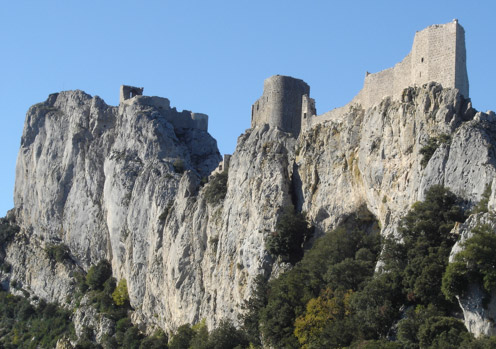